A Didactic Critique of Articulation Methodologies in the Pseudo-Intellectual Paradigm: a Pedagogic Approach.

No, I'm just kidding. I would never write like that. But there are people who do, and they do it all the time.

And they get far more credit for being intelligent than they actually deserve. These people have arguments over nothing, using incomprehensible jargon.

And they get paid for it.

The essential paradigm of dialog is creating partially situated identities out of actual or potential social reality in terms of canonical forms of human contact, thus renormalizing the phenomenology of narrative space and requiring the naturalization of the intersubjective cognitive strategy, and thereby resolving the dialectics of metaphorical thoughts, each problematic to the other, collectively redefining and reifying the paradigm of the parable of the model of the metaphor.


If you caught yourself nodding approvingly as you read that paragraph, it may be too late for you.

People who use such language are hiding something. 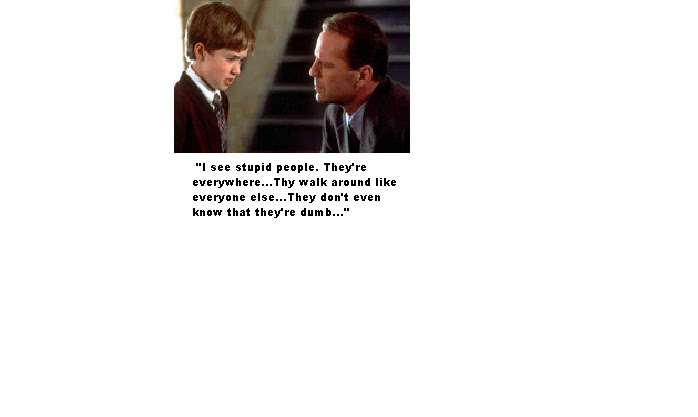 Yes, they're out there: stupid people.

Stupid people used to be easy to identify; they spoke slowly and they made little sense.

But they learned. They learned "triple word score" words to act intelligent.

And like viruses, they took over the humanities departments of our universities, creating even more stupid people.

In modern times, spotting a stupid person has become harder than ever. Stupid people have found their way into all sorts of (formerly) respectable jobs. Human resources departments, government agencies, fluffy academic "disciplines, newspaper pressrooms and university administrations are packed to the gills with stupid people.

And they don't even know they're dumb.

But how do normal people know?

I was once an English major (alas, it is true). Here some words I've found that stupid people use with regularity. When someone talks to you and uses several of these words, chances are good that they are a member of the stupid club. If you "understand" what they are saying, they assume that you are stupid too.

This list is by no means exhaustive (please suggest more), but it is starting point. Good luck.