If they build it, the Rogers family will be coming! And we won't be the only ones! 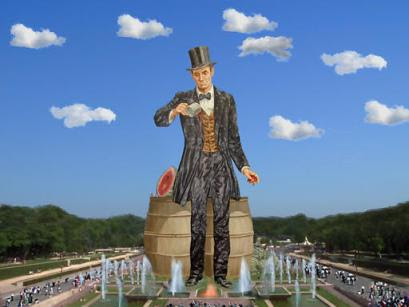 This is an artist's rendering of a proposed 305-foot monument of Abraham Lincoln to be built in Lincoln, Ill. Supporters such as Rev. S.M. Davis, a Lincoln pastor who first suggested the statue, say it would be visible for about 20 miles and have hopes it could become one of the biggest tourist attractions in America. (AP Photo/HO)


We won't be able to hold the kids back!

(What is on top of that barrel, by the way? A cut watermelon?)