Who pays this guy: Professor studies the word 'dude:'

A linguist from the University of Pittsburgh has published a scholarly paper deconstructing and deciphering the word "dude," contending it is much more than a catchall for lazy, inarticulate surfers, skaters, slackers and teenagers.

An admitted dude-user during his college years, Scott Kiesling said the four-letter word has many uses: in greetings ("What's up, dude?"); as an exclamation ("Whoa, Dude!"); commiseration ("Dude, I'm so sorry."); to one-up someone ("That's so lame, dude."); as well as agreement, surprise and disgust ("Dude.").

Kiesling says in the fall edition of American Speech that the word derives its power from something he calls cool solidarity -- an effortless kinship that's not too intimate.

Cool solidarity is especially important to young men who are under social pressure to be close with other young men, but not enough to be suspected as gay.

In other words: Close, dude, but not that close.

"Cool solidarity" has finally been defined.

By a guy who knows cool: 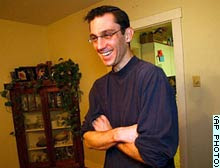