I don't think it's a story at all, much less a front page headline: George Takei, 'Trek's' Sulu: I'm gay.

But take at look at the photo CNN runs with Takei's outing: 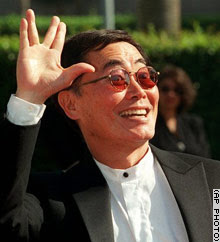 (George) Packer...urging a new Democratic agenda, didn't really explain what he meant by "energy independence," but our understanding of the liberal conception of it is as follows:

1) The government should establish policies aimed at reducing the use of oil (fuel-economy standards, higher gasoline taxes, incentives or coercive measures to encourage use of public transit, etc.).


2) This in turn is would reduce our dependence on foreign oil, helping to starve the Arabs and thus reduce terrorism.

For the sake of argument, let's take the first part of this argument--that the government could reduce oil consumption, effectively a reduction in demand--as a given. Basic economics tells us that a reduction in the demand for a commodity will lower the price.

What happens when the price of oil goes down? High-cost oil production becomes uneconomical, which means that low-cost producers end up accounting for a greater share of the market. The lowest-cost producer of all is our friends the Saudis. Thus "energy independence," if effective at all, would actually make America more dependent on "foreign" (Arab) oil.


So let's stop this "energy independence" nonsense. It will NEVER work.

By the way, the same economic logic undermines Kyoto - except this time consumers pull the trigger: if the world cut its oil usage by 25%, the price of oil would plummet.

In a low price environment, inefficent consumers would benefit. Countries like China would find new uses for the cheap oil, selling us the things that we make it too expensive to make our own country (because in this scenario, the US is silly enough to hobble itself with the restrictions of Kyoto).

I don't think there is any way we can avoid this unsettling fact: every drop of accessible oil will be burned as quickly as we can get at it.

If this does cause global warming, then we just better get used to warmer globe.

I am struck by the sublime indifference of most critics of Bush's Iraq policy to the fate of the Iraqi people. They are totally unexultant about the overthrow of a vicious dictatorship and seem to have no interest at all in what would happen to Iraqis if we leave suddenly. Hitchens has argued persuasively that no one deserves the label of liberal who is so indifferent to whether others live in freedom or under tyranny. In this passage Bush reminded Americans more hardheadedly about our own self-interest. But of course many of his critics are more interested in hurting Bush than they are in preventing the emergence of an anti-American tyranny in Iraq.

A fight with no winners 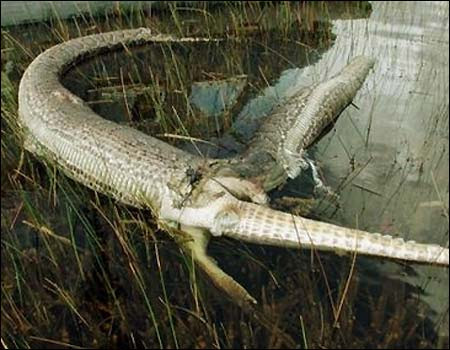